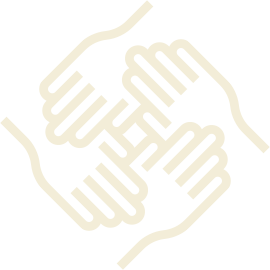 David Humphreys is dedicated to advancing liberty and free-market principles, and to making educational opportunities available to young people.

Commitment to the Community

Though TAMKO strives for a wide impact, the values we hold often lead us to patterns of support.] We aim to benefit our community in a way that reflects our vision, philosophy and values, and as a result, our contributions focus especially on the areas of education, community organizations, healthcare, youth sports and veterans.”

As proud members of the Joplin community for more than 75 years, the Humphreys have helped improve the lives of their neighbors through charitable sponsorships, donations, and volunteer efforts.

In 2017, the Humphreys and TAMKO, the family-owned business in the community where David serves as CEO, sponsored a Red White & Blue Banquet to celebrate local fire, police and EMS First Responders. TAMKO also supports non-profit organizations, including the Ronald McDonald House, the Lafayette House Joplin shelter for victims of domestic violence, and the American Red Cross. TAMKO and the Humphreys also support education, particularly in the Joplin community. They provide charitable contributions to public and private elementary and secondary schools, and to fund area college scholarships. In addition, TAMKO and the Humphreys provide wide support for Joplin area youth sports programs, local hospitals (Freeman Hospital and Mercy Hospital) and medical schools. They also make the TAMKO corporate aircraft available to transport injured veterans.

The Humphreys also support community after school educational programs by the Boys & Girls Club of Southwest Missouri. Their grants support opportunities for local kids in the arts, math, and science.

David loves history and his hometown of Joplin, Missouri. Since childhood, he has admired three historic houses on Sergeant Avenue and West Fourth Street in the Murphysburg Historic District near downtown Joplin. When two of the houses were listed for sale, he saw it as an opportunity to preserve them as examples of Joplin’s rich history. Today, all three of the homes—the Schifferdecker, Zelleken, and A.H. Rogers Houses—are being restored as living museums to showcase Joplin’s storied past, and to serve as a place for members of the community to learn about the city’s history.

Joplin Historical Neighborhoods, Inc., preserves and memorializes the history and architecture of Joplin by acquiring, researching, restoring, maintaining, and insuring residential properties located in the Murphysburg Historic District. When the historic homes are restored and furnished with period furniture, they will serve as living museums. They will provide examples of early Joplin architecture and interior design, and will tell the history of Joplin through stories about some of Joplin’s founding families.

The Joplin, Missouri-based Millennium Family Fitness Club represents the achievement of a dream for founders David and Debra Humphreys. The facility, the first of its kind in the community, originally opened in 1999, was renovated by Debra and David Humphreys and had its grand reopening in January 2017. “Tennis is a sport we’re passionate about” said David Humphreys “and it was important for us to provide a safe place where children can go to become excited about playing tennis.”

Since its founding, Millennium has propelled Joplin and the surrounding community into the 21st century by providing a fresh choice when it comes to tennis and fitness. The Millennium offers a state-of-the-art workout facility.

While attending an alumni event at The University of the South, David heard a favorite English professor recall a story. The professor had ordered some contemporary literature to complement his Shakespeare 101 syllabus, but was caught off guard by a note from his English Department chairman. It said, “My dear young man, I have taken the liberty of cancelling your recent book order and will stop by to discuss this with you.” The now not-so-young professor said his department chairman told him, “We have such little time with these young people that we can only afford to teach those works that have stood the test of time.” For David and Debra Humphreys, this story makes clear what is important in educating our youth: teaching those works that have stood the test of time.

The Humphreys also draw from Dartmouth Professor Emeritus Jeffrey Hart’s view that the purpose of education should be to create “citizens” through a genuine liberal arts education. Professor Hart defines citizens as individuals who can understand the dynamic tension in Western Civilization between faith and reason that has enabled our unparalleled progress over centuries.

In 1993, David and Debra cofounded the Thomas Jefferson Independent Day School, a Pre-K-Grade12 nonsectarian college preparatory school with a vision to provide the opportunity for an excellent educational experience to prepare students for success in college and in life.

TJ is located on 28 acres that were donated by David’s parents, and has approximately 360 students. The school’s classical Western Civilization curriculum emphasizes classic texts—both modern and ancient, as well as humanities, foreign languages, studio and performing arts, mathematics, and science (with full integration of technology in all programs). The school is distinguished academically, artistically, and athletically at the state and national levels, and its students regularly receive enrollment and impressive merit scholarship offers at select colleges across the country. TJ is well-known in the Joplin community and beyond for academic excellence.

David and Debra have been active participants in the life of the school as parents, board members, spokespersons, donors, and athletic boosters. They have been constant supporters of the school and its mission.

The Humphreys believe there is tremendous value in studying the great works of Western Literature—from Homer’s Iliad to the Bible, to Plato’s Republic, to Shakespeare’s Hamlet, to F. Scott Fitzgerald’s Great Gatsby.

David and Debra’s education mission is to help new generations discover these timeless works. They believe the works are vital to ensure our society remains anchored to the time-honored values that have produced the greatest human advancements in personal and economic liberty.

The Humphreys also support the Joplin R-8 Public Schools rebuilding efforts after a 2011 tornado. This included gifting a statue of the Joplin eagle mascot in honor of the Joplin Class of 1954, which included David’s fourth grade teacher. Other area schools have benefited from their support for programs ranging from music to marching bands, to track and field, and even to archery programs.

Debra and David have also provided funding to strengthen parochial educational institutions, such as Martin Luther School, the Joplin Area Catholic Schools, and College Heights Christian School. Their support for enhanced academic programs across many school systems enables better educational opportunities for all students in the Joplin and surrounding communities.

They have also supported capital projects since the school’s conception and groundbreaking. These include support for the $15 million Humphreys Performing Arts Center, expansion of administrative offices and fine arts classrooms, and increasing the intersection of the school’s academic mission with its performing and fine arts programs.

They provide annual support through their E.L. Craig and Humphreys scholarships for more than 60 merit and need-based students. The scholarships have enabled hundreds of children from diverse economic backgrounds to attend TJ, and to go on to success in college and beyond.

As the school approaches its 30th Anniversary, the Humphreys have committed a new gift of $15 Million toward a new Legacy Fund dedicated to more affordable high-quality education for area students. The Humphreys’ Legacy Fund gift reduces tuition and, along with the school’s substantial tuition assistance, ensures that top-quality educational opportunities through TJ are now available to more young people in the four states area than ever before.

Through a dedication to academic excellence, Thomas Jefferson Independent Day School stands accountable for educating students to make the most of their abilities. The School educates students to acquire and refine essential academic knowledge and skills; cultivate an appreciation of the arts; develop lifelong fitness skills; assume responsibility for their behavior; seek out challenge, welcome criticism, test new capacities; practice self-discipline; and find joy in learning. The school brings students together with teachers who exemplify intellectual curiosity, a dedication to truth, and the advantages of living the examined life.

In 2017, the Humphreys established a $1 million scholarship at Missouri Southern State University to be awarded over the next 10 years. Each award will cover at least half of each student’s tuition for the school year. To date, over 55 students have been the recipients of a scholarship in the Humphreys Scholars program at Missouri Southern State University.

Funds will be available for graduates of area high schools within 50 miles of Missouri Southern who major in biological or physical sciences, mathematics, education, accounting, finance, engineering technology, or computer science.